Whenever the book of Revelation is discussed, this book is commonly referred to as well. It brilliantly walks the line to be the best type of accesible, expertly combining academic with popular writing and concerns. For academically minded people footnotes are included to point to further resources.  The prose, for the most part, is easy to read, with technical language well explained although not repeatedly so. This, in addition to included discussion questions, makes it appropriate for a small group study for advanced high school students up.

Brilliantly the book is not a commentary but is formatted like a normal book potentially reducing the barrier to entry for congregants or students not yet familiar with biblical studies. The book is practical, not simply written about the content within Revelation but including application throughout, in addition to a chapter with unique focus on this topic. This is not to say that the book is uneven, the content is also significant inclusive of historical background, quotes from further helpful resources and outlines of alternative interpretive schemes including explicit reference to Left Behind (necessary due to the prevalence of this series).

One of the weaknesses for this book is, from an undergraduate perspective, the argument for the centrality of Jesus’ sacrifice for the interpretation of the rest of the book. This is one of the main thrusts of the book and the argumentative aspect could be intensified slightly however this is a minor point. This would not be significant to readers that aren’t already convinced by a method of interpretation for Revelation, and thus may assist in convincing those specifically aligned with other interpretive traditions.

Being written by an American, the practical elements of the book are somewhat focussed on the American church however this isn’t a true downside as it still prompts reflection for those of us in Western non-American churches to ensure that their pitfalls are avoided.

Overall, I find no reason to suggest that this book isn’t a fantastic place to begin research on Revelation for all believers looking for academic or serious study. 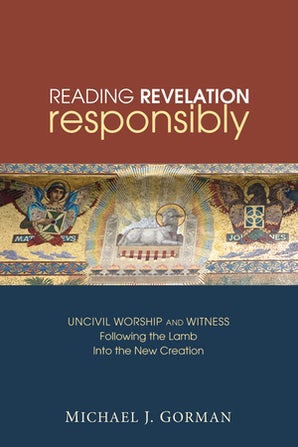